Hemp products are everywhere these days. While they used to be rare, online-only products, items like oils are now reaching the shelves of big brand name stores like Wal-Mart and Target, who began meeting with CBD companies in May of 2019.

As new cannabinoids, like CBG and CBN, also start to gain some traction, more cannabis oils are likely to follow. Research is sparse, to say the least. But one thing we do understand is the difference between full-spectrum, broad-spectrum, and isolate products.

More importantly, there’s plenty of evidence laying out the pros and cons of each one. If cannabis oils are downright confusing, you’re not alone.

However, you need to know what you’re buying if you plan to try any kind of cannabis extracts. Therefore we have analyzed CBG vs. CBD for you.

Believe it or not, choosing the wrong one might not just ruin your experience, but it could also cause health issues and even land you in trouble. Don’t worry, though, because one of these options will fit your needs and possible restrictions.

Before using any kind of health product, it’s essential to know what you’re ingesting. Cannabis oils aren’t that complicated in terms of ingredients.  Keep in mind that not all of the following components are inside every product. We’ll cover those shortly, but for now, let’s take a look at what you might find.

Initially, the number of known cannabinoids was somewhat limited, with THC being the primary focus. But as time went on, more came to light. According to UCLA, there are now over 100 such compounds that we know of (although other sources claim lower counts).

THC and CBD oil are the most popular products (with the former only legal in individual states). But recently, other cannabis oils, like CBG and CBN, are starting to find their way into the market.

Depending on the oil you buy, many – if not all – of the known cannabinoids will be present, albeit in trace amounts. Only a few of the CBD brands we tested have a prominent cannabinoid and terpene profile. Nuleaf is one of them, and you even can get a Nuleaf Naturals coupon code following the link to the review. 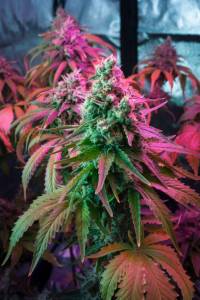 Terpenes are oily compounds found throughout the plant kingdom. They have distinct flavors, which are ultimately responsible for the taste of different:

However, they also play a vital role in a plant’s health benefits, with cannabis oil being no exception. The terpene profile varies from one strain to another, giving each one its unique effects.

Like cannabinoids, terpenes evaporate at a specific temperature (these differ from one compound to another), allowing to inhale them through combustion or a vaporizer. You can also consume them in oil form or as infused edibles. The only difference is that inhaled terpenes go straight through your lungs and into the bloodstream, while ingestion takes more time to process.

Cannabis oil needs a medium to suspend cannabinoids and terpenes. Extracting these compounds requires a fatty substance, so high-fat plant oils are the carrier of choice. There are a few options, such as:

The carrier choice won’t make a difference in terms of cannabinoid or terpene absorption, but the chosen oil helps add some nutritional value. 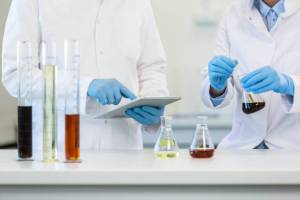 Solvents, Pesticides and Other Contaminants

Don’t worry. These aren’t common ingredients. In fact, they shouldn’t be there at all. However, many cannabis oils contain trace amounts of toxic chemicals that – to say the least – defeat the purpose of using a health supplement.

How do these nasty things make it into your oil? There are several reasons. Companies who use butane as a solvent, for instance, will leave small traces behind in the final product.

Pesticides can also show up in trace amounts if used during cultivation. Heavy metals, microbes, and fungi are also potential toxins that can make their way into the product due to things like unsanitary conditions or poor environmental controls.

Cannabis oil made from marijuana in states where it’s legal recreationally and/or medically goes through mandatory testing. Marijuana is subject to individual state regulations, ensuring that the substances mentioned above don’t make it into the oil.

Although industrial hemp is now legal and regulated in the U.S., hemp-based oils are not. Consequently, there is no government system of checks and balances to ensure safety. In this case, the responsibility of keeping cannabis oil safe falls squarely on the manufacturer. 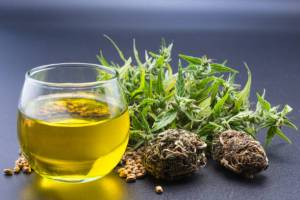 By now, we hope you’re excited about the potential benefits of cannabis oil. However, not every type is appropriate for everyone. The next step is to determine which category works best for you.

Full-spectrum cannabis oil is the most all-encompassing option. Earlier, we mentioned cannabinoids and terpenes. During extraction, manufacturers do their best to ensure that these compounds aren’t filtered out.

The main advantage of full-spectrum cannabis oil is the presence of all terpenes and cannabinoids from the hemp plant – including THC. Having all of these present boils down to a process known as the “entourage effect.”

In a nutshell, the entourage effect is a synergistic relationship between cannabinoids and terpenes within marijuana and hemp. Thanks to this cooperation, we enjoy not only enhanced benefits from the cannabinoid in question (i.e., CBD, CBG, CBN), but also those associated with other compounds. 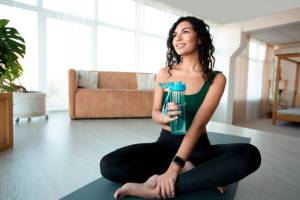 With the entourage effect in mind, another advantage is that full-spectrum cannabis oil has the most complete terpene and cannabinoid profile. Ultimately, full-spectrum provides the most potency.

Ironically, full-spectrum oil’s main advantage can also be a disadvantage. Full-spectrum products contain some THC. Although 0.3% THC (at most) isn’t a lot, it can still cause issues in a few THC-sensitive individuals.

Another problem is that THC lingers in your system for quite some time – even in small amounts. If you work in an area such as professional sports or law enforcement, for instance, that minute trace of THC could show up on a drug test. If you use full-spectrum cannabis oil, speak to your employer first.

Full-spectrum oil is also a bit less predictable. Like we mentioned earlier, terpenes have their effects. Since terpene profiles vary, so can the product’s results.

Consequently, an oil you buy from one source might relax you, while another brand is more energizing. This is possibly why there are so many testimonials saying CBD assists with sleep, while others say it helps give them energy. 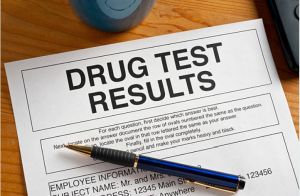 Isolates are commonly used in many products, especially e-liquids, meant to be used in standard e-cigarettes. However, depending on the brand, you could find isolates in pretty much any product.

Most notably, isolate is entirely THC-free. This effectively solves the problem for THC-sensitive people or those working in fields where drug testing is frequent.

If you’re not a fan of the “hempy” taste from full-spectrum oil, then you’ll love isolate. Since it contains just a single cannabinoid, there won’t be any terpenes or other substances to add taste – although plenty of products -(full spectrum or otherwise) – are infused with flavors.

That being said, the lack of additional compounds means that isolate is more consistent in its effects.

The biggest downside for isolate is that it takes the entourage effect out of the equation. Despite being 99% pure, it’s not nearly as effective compared to the less concentrated full spectrum variety.

Another concern is that isolate is hard to dose. In fact, one animal study found that isolate has a “bell-shaped dose,” meaning that it’s only useful within a specific range. Low doses or high doses are equally ineffective.

Because the study was done in animals, there’s no way to tell how this translates to humans. Basically, using isolate is a considerable exercise in trial and error. 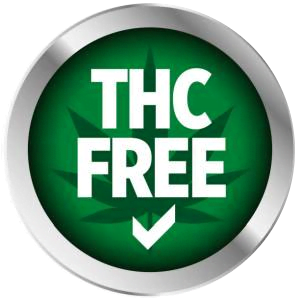 Broad-spectrum cannabis oil is very similar to full-spectrum. Like its counterpart, broad-spectrum retains as many cannabinoids and terpenes as possible in the final product – with one key exception. Broad-spectrum contains no THC.

A newer category of oil, broad-spectrum, is the perfect middle ground for those who want a THC-free experience without resorting to isolates.

Due to broadspectrum’s lack of THC, people get a much more potent experience without the risk of a mild high (for those who are sensitive), nor do they put themselves in legal or career jeopardy.

Meanwhile, broad-spectrum still offers the entourage effect in an almost identical manner to full spectrum – minus the THC, of course.

Of all the options, broad-spectrum has the least number of downsides. The only real issue is that, while a lack of THC makes the product safer for some, removing it from the equation will offset the entourage effect.

But frankly, any benefit loss is nothing compared to the potential consequences of certain people consuming THC.

With this in mind, many people think that the final product is different, depending on the source. While there are similarities, we also need to look at the relevant differences. Let’s examine some common questions.

Oil can come from either hemp or marijuana, which affects legality. 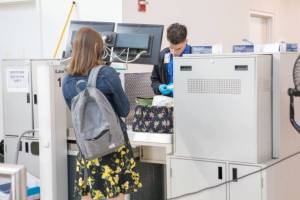 The legality of cannabis oil has shifted in recent years. When the 2018 Farm Bill legalized industrial hemp on a federal level, this opened the gates for a whole new industry. Cannabis oil health supplement vendors, felt a lot safer with the legal gray area lifted.

However, things are far from clear. As we briefly mentioned earlier, health supplement oils are unapproved by the FDA, so there are no regulations in place. This will probably change down the road, once the FDA feels there’s enough research to justify some of the health claims (beyond epilepsy treatment, which is well-established).

But will you get arrested for carrying CBD oil? No. As long as the THC level is 0.3% or less, you have nothing to worry about. In fact, even the TSA now allows hemp-derived CBD oil to be carried on planes within the United States, as long as it follows the 0.3% THC rule.

However, it doesn’t mention similar products, like CBG or CBN oil, so check with your airport first if you want to avoid potential issues.

Marijuana oil is a very different story. With hemp cannabis oil, CBD is the primary cannabinoid. Marijuana, on the other hand, is meant for higher THC content – although many strains exist that focus heavily on CBD. However, you’ll be hard-pressed to find marijuana oil with 0.3% THC or less.

Marijuana is illegal on a federal level, but 33 states so far allow it medically, and 11 of those offer the product for recreational use. If you happen to live in one of those places, marijuana oil will be available at local dispensaries.

You also can’t travel with marijuana oil domestically or internationally. 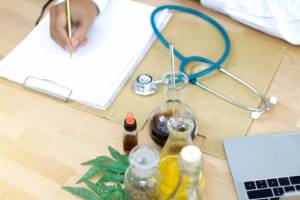 What’s the Difference Between Marijuana and Hemp-Derived Cannabinoids?

In short, the answer is “nothing.” CBD, CBN, CBG, or any other cannabinoid compounds are identical, regardless of the source. Whether you get your cannabis oils from marijuana or (good quality) hemp, it won’t affect the health benefits.

The only real benefit of choosing marijuana oil over hemp is that marijuana is more strictly regulated, so you’re guaranteed a much cleaner, safer product – assuming you’re legally allowed to obtain it, of course.