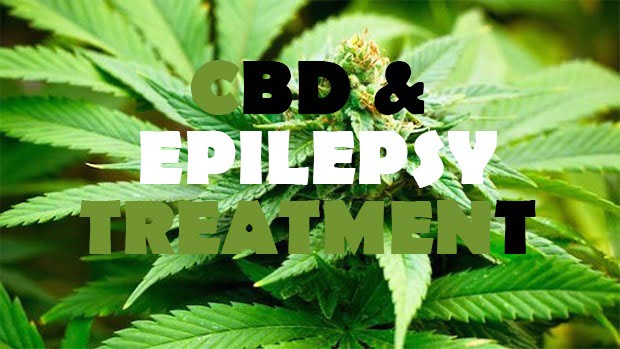 The anti-epileptic properties of CBD epilepsy treatment have proven to reduce the seizure count and severity of seizures. Furthermore, as a result of cannabidiol, seizures are eliminated. If you were to believe the anecdotal reports, there is a success rate of at least 90%- which is probably better than any epilepsy meds.

It’s estimated that almost 65 million people worldwide have epilepsy. And in the United States there are roughly 1 million people with treatment-resistant epilepsy, according to Dr. Michael Privitera, MD.

Epileptic seizures occur in varying frequencies in both young children and adults.

Epilepsy or ‘seizure disorder’ is characterized by unpredictable seizures and can cause other health problems such as injuries, brain damage from repeated seizures, and even death. When someone has a seizure, it seems like the public usually misunderstands this. These misunderstandings often cause the same amount – if not more problems – for the patient then epilepsy itself.

Almost 3% of dogs suffer from seizures. While some dog breeds have almost no epilepsy cases, some particular breeds suffer quite frequently from epilepsy, which is an inherited disorder.

If your dog suffers from epilepsy, please read our CBD oil for dogs reviews; Honest Paws. This is a CBD supplier that specializes in Pet CBD.

Besides successful results with epilepsy, there are many other CBD oil health benefits and only a few minor CBD side effects.

How does CBD Oil Stop Seizures?

Back in 1973, scientists first demonstrated that CBD has rather good anti-seizure effects. There are hundreds of lab tests done, and the results of these animal models are rather impressive. Hence, they all show that cannabidiol works.

As usual, there are fewer clinical trials done on CBD epilepsy treatment than on big pharma meds. Some probably say that the big pharma companies will not sponsor CBD clinical trial studies because they get no ROI (return on investment). Because you can’t patent a plant.

Regardless, there is clinical evidence collected during the years, and boy, is it convincing.

“Over the last five years since CBD has been available, I have been able to treat not less than 400 children with treatment resistant epilepsy” – Dr. Bonnie Goldstein

Already with rat tests in 1973 and 1977, CBD proved to be an effective and relatively potent anticonvulsant in seizure tests. The British Epilepsy Foundation published a study in 2012, showing that CBD reduces the frequency of seizures and the severity of seizures in animal models.

The list goes on and on. Therefore, check it out in the scientific study section further down.

So, researchers did a small-scale clinical trial amongst 15 women who had epilepsy in 1980. Eight of them received CBD while the others got a placebo. Four of the eight CBD subjects remained almost seizure-free throughout the experiment. And three others demonstrated partial improvement. Consequently, cannabidiol was only ineffective in one patient.

In 2013, the Journal of Epilepsy and Behavior published a clinical study on CBD epilepsy treatment. Through a Facebook survey, 19 epileptic children and their parents were recruited for the trials. The results speak for themselves:

Why is it that we have lost the ability to take care of ourselves and our children? Why is it that if a doctor doesn’t prescribe it, we don’t even dare to cure ourselves or our loved ones- even though for many centuries, our ancestors have done so? Isn’t that rather ironic?

The anecdotal evidence that there is should be all we need- it is both powerful and touching. Take CBD oil for energy. I personally use CBD, with a daily dosage of 25mg, and can definitely tell you that it provides me with energy.

First of all, like with most medical conditions, the CBD dosage, most of all, depends on the severity of the disease. Secondly, as we are often dealing with epileptic children, dosage levels need to be lower for kids.

Also, scientists have long proven that CBD has no side effects. With almost every clinical trial, regardless of the medical condition, they look for side effects as well, only to be able to remark that it improves sleep or other positive side effects on the health of the patients. Scientists also proved that it is physically impossible to overdose on CBD.

Even rather, extreme doses of 1,500 mg per day do not cause adverse side effects, and this makes it safe to experiment with the dosage levels. Years of research on the topic have shown there is no fatal overdose level with cannabis and cannabidiol use. Our CBD dosage calculator may also help you to determine the exact amount of CBD oil drops you need to take, based on your milligram dosage level.

First of all, for kids, parents usually use CBD (cannabidiol) oil. If not, CBD tincture or other intake methods (besides smoking and vaping) are also an option. Furthermore, you can divide the daily dosage between one to three takings. With mild symptoms, parents often start with 20mg, and for severe cases, they start with 50 mg daily.

Always monitor for at least a day or four before increasing with 10 or 20 mg and then watch again. So, if you reached the point where you no longer see improvement, you should stay at that level for several weeks. After that, you can slowly start giving less, also with four-day monitoring periods in between, to determine the minimum dosage level of cannabidiol that your child needs.

Also, adults start feeling how much they need after having used cannabidiol for a while. It is the same as drinking coffee. No doctor tells you how much coffee to drink to get you through the day, yet all coffee drinkers precisely know their amount of cups a day and the times they drink it for best results.

For cancer treatment, people mix medical cannabis oil containing high levels of THC and medical CBD oil, for sale online. The dosage differs from case to case, most of which we describe in detail in our RSO oil dosage article. Most noteworthy, according to many success stories CBD is the best pain relief as well as the best anxiety relief.