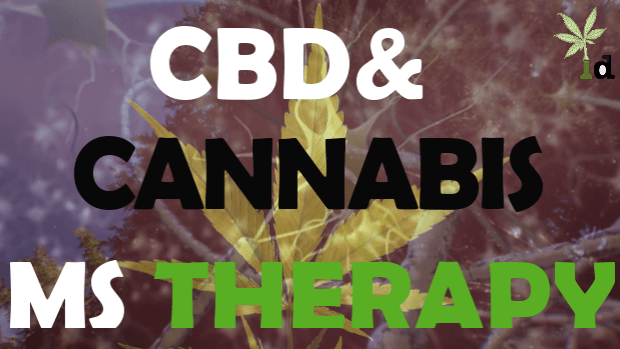 Multiple Sclerosis or MS is a serious autoimmune disease that impacts the central nervous system, which consists of the brain and the spinal cord. What causes MS is unknown, but research has shown that the immune system attacks the brain and spinal cord, which disrupts the signals to and from the brain.

According to Healthline multiple sclerosis (MS) is the most widespread disabling neurological condition around the world. Aprox. 2.5 million people suffer from MS worldwide.

The central nervous system controls everything we do and therefore MS causes unpredictable symptoms. Although there are treatment strategies that address some MS symptoms, there is no therapy yet that can slow down or stop progressive MS. CBD for MS treatment, however, has shown promising results in initial research programs.

Adults between 20 and 40 are most likely to get the disease, according to Healthline and MS rates are higher farther from the equator.

Sativex is one of the first cannabis-based medicines that followed the conventional clinical development and that was approved as a prescription medicine. It contains synthetic THC and CBD (cannabidiol) in a 1:1 ratio and is administered as a mouth spray (oromucosal). Anecdotal evidence suggests that this synthetic medicine does not work as well as the natural herbal compounds themselves.

Other, recent studies on cannabidiol alone have shown that CBD benefits have very promising potential for down regulating and restoring of neurons in MS. This is backed up by recent clinical trials that show CBD has beneficial effects on multiple sclerosis.

Cannabidiol (CBD) reduces the following symptoms of MS, besides the anti-neuroinflammatory, anti-neurodegeneration, and neurogenetic properties, that work directly on the disease:

A lab study in 2017 of CBD with experimental MS in mice showed a clear downregulation of a specific intracellular pathway followed by its restoration. The research data demonstrated the therapeutic efficacy of cannabidiol and the promotion of neuronal survival. These are some very interesting and promising discoveries for further development of CBD MS therapy.

In 2005 Sativex has been officially approved as an adjunctive therapy for multiple sclerosis patients, in order to treat neuropathic pain and spasticity. During the years after that, several further studies confirmed the efficacy of the cannabis medicine for treating these symptoms. On top of that, in 2010 and 2012, clinical studies confirmed a significant reduction in treatment-resistant spasticity in patients with advanced MS and severe spasticity but also the efficacy of neuropathic pain and bladder dysfunction treatment.

MS (multiple sclerosis) has the second highest quality studies of all conditions that have ever been researched in relation to cannabis, according to Dr. Allen Bowling (MD, PhD)

In 2013, research highlighted the long-lasting anti-inflammatory effects of cannabis on the inflammation of the central nervous system (anti-neuroinflammatory effects) as part of MS. The report concluded that the medicine consisting of THC and CBD (Sativex) demonstrated a significant therapeutic potential for the treatment of inflammatory component pathologies.

During the course of the years, several clinical trials focussed on long-term use tolerance. In both 2007 and 2013, these tests did not record any evidence of tolerance developing in long-term patients. Only in 2017, a pre-clinical study on cannabidiol (CBD) alone was carried out, which confirmed that there are beneficial CBD effects with multiple sclerosis, for example neuropathic pain relief with CBD.

Although lab and clinical studies have so far only concentrated on a few of the symptoms of MS, there is a lot of anecdotal evidence of MS patients treating their disease only with cannabis oil. Take a look at some of the patient’s reports in the video section of this article, with anecdotal evidence of this.

Recently we tested ourselves:

There are basically two forms of multiple sclerosis:

Relapsing-remitting MS is considered the lighter form of MS, which often transitions into the severe form, progressive MS. For the lighter form, you can try only to use CBD.

To determine your CBD oil dosage start with 50 mg a day and increase with 20 mg steps every couple of days, depending on the reduction of symptoms. In any case, use a ‘full spectrum’ CBD oil, like Avid Hemp, to take advantage of the synergetic effects of the small amounts of other cannabinoids in the oil.

If you can’t figure out how many drops to take, because the information on your CBD oil bottle is confusing and incomplete, use our CBD oil dosage calculator.

For severe progressive MS, however, CBD alone will not be enough. There is plenty of anecdotal evidence of people taking cannabis oil or concentrate with 1 gram of THC a day, along with a couple of hundred mg cannabidiol a day (see one of the videos in the video section).

This dosage is similar to that of cancer, and the THC cancer treatment dosing roadmaps can serve as a guideline. These amounts of THC dosage need to be taken along with CBD to at least partially counteract the ‘highs’ and mitigate pain, nausea, and vomiting.

The best way to take cannabis tincture is sublingual. By holding the drops under your tongue, they are quickly absorbed by your body.

The best CBD oil for prostate cancer’s supportive treatment should be able to do all of that. Therefore it needs to hold the right cannabinoids and terpenes. But besides that, you need to slowly ramp-up your cannabis dosing, to manage the highs, and build a marijuana tolerance.

Sublingual drops and vaping are the most common ways of using CBD and THC. The difference between delta 9 THC vs delta 8 THC is that D8 is less impairing. We, therefore, need more medical research on D8 in relation to MS and other conditions.

We have carefully collected CBD testimonials for this particular condition to serve as proof and inspiration to others. Do not hesitate to record your own experience and share it with us so we can add it to this list and help thousands of patients more.