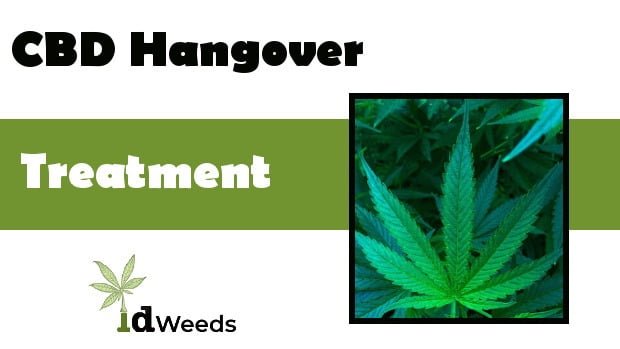 CBD for hangovers may be an excellent all-natural anti-hangover remedy. And, as more than a quarter of Americans drink enough to get a hangover at least once a month, can everyone probably learn something here.

Although the best thing you can do to avoid a hangover is not (excessively) drink, cannabidiol has proven that it is able to fight symptoms like headaches and nausea. But, on top of that, it can also repair some of the cell damage that alcohol causes to brain and liver tissues.

When you over-drink and as a result have a disturbed health balance, CBD will restore the homeostasis and you will feel better.

26.9% of Americans over 18 years of age reported that they binge drank during the last month. This is according to a 2015 national survey quoted by the National Institute of Alcohol Abuse and Alcoholism (NIAAA).

Binge drinking is defined by the NIAAA as a pattern of drinking that brings the Blood Alcohol Concentration (BAC) to a certain level within two hours. This level is typically four drinks for women and five drinks for men. Furthermore, if you are binge drinking on five or more occasions per month, it is classified as Heavy Alcohol Use.

According to the guideline on Alcohol use, issued by the British government, “there is no such thing as a safe level of alcohol”.

In the above mentioned British guideline, the government makes a direct link between alcohol use and cancer. The weekly safe level people should not exceed was drastically reduced in the new guideline. Besides that, the consumption has to be spread out over at least three days.

Often, cannabis and CBD are used for cancer treatment. The anecdotal track record is impressive, but scientific research has also proven that cannabis kills cancer cells.

Basically, if you drink enough to get a hangover, you are already over the safe limit. Americans in their twenties get three times more hangovers than those in their forties, yet they drink only half as much. Therefore, they fall into the risk category.

Cannabidiol (CBD) to Get Rid of your Hangover

The sick feeling or vomiting you often experience when you drank too much is a result of an overloaded liver. When your liver cannot cope with the detoxification of the alcohol, your blood sugar drops and you feel sick.

A lab test proved in 1998 that CBD and THC are powerful anti-oxidants, which protect your cells against free radicals. A 2010 lab test confirmed this. Furthermore, the test determined that CBD attenuated inflammation and cell death as well as myocardial dysfunction and cardiac fibrosis.

In 2014, a direct lab test studying the effects of CBD on excessive alcohol consumption had significant and positive results.

Treatment with a CBD injection resulted in a 50.6% reduction of neurodegeneration, caused by the excessive alcohol consumption effects.

The test compared two CBD delivery systems, of which both showed almost similar results. Besides the above-mentioned injection method (IP) they also used a gel as a transdermal delivery system. This resulted in a 48.8% reduction.

A 2015 study on neuroprotection of CBD for Parkinson’s suggested that CBD has a neurorestorative potential that could protect Parkinson’s patients from neurotoxins. Although this study focused on Parkinson’s, it proved CBD’s ability to restore brain cells.

Results of research done in 2016, reconfirmed the long-proven migraine and headache mitigating properties of cannabidiol.

In 2016, Dr. Javid Abdelmoneim presented a BBC documentary on alcohol, called “The Truth about Alcohol”. He analyzed the new 2016 guidelines. In addition, he carried out a case study on hangover remedies together with hangover expert Dr. Richard Stevens.

Their case study involved 18 people, divided into three groups for testing two hangover remedies. One of the groups didn’t get anything to try and reduce their hangovers. Between a good fried breakfast and borage seed oil, only borage seed oil showed any substantial effects.

Half of the borage group didn’t get a hangover, whereas in the other two groups almost everybody did. Dr. Stevens explained that these results were achieved due to the anti-inflammatory effects of borage.

While you most likely know, cannabis, CBD in particular, has a strong anti-inflammatory effect as well. It should, therefore, be of no surprise that CBD can cure your hangover.

There is plenty of anecdotal evidence on the internet that CBD helps to relieve or prevent hangovers. On blogs and forums, you’ll find many stories of people confirming it worked for them.

I especially like the story of this guy who took only 15 mg of CBD in the morning for his stress and anxiety. The CBD lifted his mood and he drank too much that night and got really drunk as a result. However, the next day, to his surprise, he wasn’t hungover at all.

What we have seen from medical conditions, including pain and migraines, is that the severity of the condition, pain, or migraine determines the dosage. Obviously, the more severe the disease, the more CBD oil you need to take.

Before we lay out the recommended dosage, we would like to warn you again that alcohol is a poison, and it is best not to drink it at all. In any case, the hangover-curing abilities of CBD should not be a reason to drink more than usual.

Some people drink lots of water when they are hungover. Try drinking CBD water instead, it’ll make you feel better soon. But is CBD water legal?

An average daily maintenance dosage of CBD is about 25mg per day. We, therefore, recommend starting with that for slight hangovers. If you are completely drunk and hungover, you might want to double this to 50 mg.

Why don’t you try some edibles for focus to get you through the day at work? You’ll need lots for energy after a night of heavy drinking.

Calculate your CBD dosage with our online drops calculator, if your drinking affected your math skills to the extent that you cannot figure out how many drops to take.