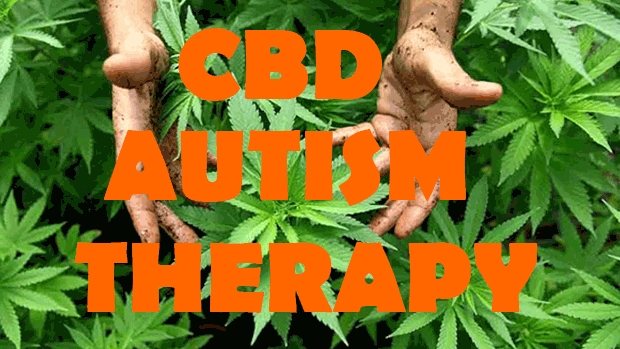 CBD is at the root of many success stories detailing improvements in social abilities in kids with autism. Although the authorities did not yet approve CBD as a treatment for autism, anecdotally, it has helped improve the quality of life for many children with autism.

A surveillance study (April 2018) of the Centers for Disease Control and Prevention (CDC) identified 1 in 59 children (1 in 37 boys and 1 in 151 girls) as having autism spectrum disorder (ASD).

Autism is a neurodevelopmental disorder caused by the interaction of genes and environmental factors. There are many different forms and severity levels of autism. In severe cases, it could manifest itself as self-harm, nutrition refusal, and generally aggressive behavior. According to the parent reports, parents also successfully give their kids CBD to treat ADHD/ADD.

Three quarters of children with autism are boys, according to Dr. Lester Grinspoon, M.D.

CBD treatment regulates emotion and focus. These are very important for the treatment of autism. CBD promotes oxytocin, which is the key to controlling social behavior.

The usual prescribed treatment for autism is antipsychotic ‘Big Pharma’ medications. These are not always effective and can have harmful side effects. In contrast, CBD has been proven not to be harmful to our bodies and has virtually no side effects.

Researchers from the Stanford University Medical School in 2013 uncovered a significant discovery concerning autism. They found that in people with autism, the endocannabinoid balance is disturbed due to a mutated protein. The researchers suggest that if you target specific areas of the endocannabinoid signaling system, it may be possible to reverse autism symptoms.

Later, lab studies focused on the involvement of the endocannabinoid system in autism unilaterally concluded that it plays a crucial role.

Research and studies at the University of California confirm CBD’s healing properties when treating autism. They concluded that CBD for autism blocks further brain degradation and has neuroprotective properties. One other vital study, performed by Dr. Dario Siniscalco, confirms that CB2 compounds found in cannabis may help ease the pain caused by autism.

Israeli scientists are taking cannabis therapy for autism to the next level. A clinical trial proves that cannabis efficacy suggesting it should be a significant Autism treatment. The Israeli medical team expert, side by side with the anecdotal contributors, leads an official clinical trial of “medical cannabis” among autistic children and teenagers.

The study, run by Dr. Adi Eran, includes 120 individuals with autism, ranging in age from 4 to 30. In this clinical trial, the scientists give the participants CBD-rich and THC-free cannabis oil.

The CBD autism treatment experimental approach is precisely the same as for pharmaceutical products: The researchers divided the participants into two groups, with one group treated with CBD and the other given a placebo.

The scientists then reverse the groups and get more accurate results on how CBD affects autism and how CBD makes you feel. The results of this trial were not yet published at the time of writing.

Dr. Piomelli suggests that we should consider anecdotal experiences as an essential contribution to the scientific approach.

Mieko Hester-Perez became a well-known cannabis advocate after publicly revealing that she successfully treated her son’s autism with CBD. She dedicates her time to making cannabis widely available to other children with autism and making this treatment publicly acceptable. She wants other children to enjoy the benefits that her son Joey did.

Mieko plans to use her son’s “Joey’s Strain” as a platform for more CBD autism clinical studies.

Ph.D., Bernard D Rimland from the Autism Research Institute comments on the need to consider using a “relatively safe drug like marijuana” as he continuously says:

“The reports we are seeing from parents indicate that medical marijuana often works when no other treatments, drug or non-drug, have helped.”

Other parents’ anecdotes are supported by Brown University Professor Marie Myung-Ok Le, the author of the novel “Somebody’s Daughter”, which focuses on autism and cannabis.

Another example of a doctor advocating for CBD treatment is Dr. Giovanni Martinez, a clinical psychologist in Puerto Rico. The doctor reports positive news about a particular kid who went from nonverbal to verbal only using CBD spray twice a day.

It’s a good thing that CBD products are readily available online, and since recently, there is even cannabis tincture for sale in some states.

Brave parents, concerned about many pharmaceutical drugs’ toxicity, also turn to oral CBD autism treatment and report success with self-medication. Most of the other anecdotes promote CBD consumption, but there is one in which THC played a decisive role:

Parents eased the condition of their child Noah, who was affected by severe autism, by using high doses of THC because THC redirects the neurons in a more manageable way for patients with autism.

Even cannabidiol oil for dogs has shown improved psychological conditions and pain relief. Receptra CBD oil is available both for humans and pets.

Another relevant parent experience tells of a child affected by severe autism. After she was given a high CBD tincture, their daughter managed to get some sleep and started eating within one hour—something that had previously been a considerable struggle.

A kid named “J” had been portraying intense aggression at school. But after “J” had taken CBD oil, he did not express any aggression. His parents do not see CBD oil as a miracle but rather as a safe botanical plant, which keeps their son far from pain and allows him to have a normal daily life.

Additionally, parenting.com shares a story of a 9-year-old child with autism, Kalel Santiago. He broke the silence and started talking, thanks to the healing properties of CBD. By making it a habit of spraying CBD into his mouth twice per day, his parents reported stunning results.

Especially relevant is that the dosage amount should be, in part, determined by the severity of the condition. Secondly, you should take the size and age of your child into consideration. Cannabidiol is also safe to experiment with different dosages.

In cancer treatment,  CBD oil is a supporting supplement that we can mix with weed oil. In this case, the dosage is also crucial, and we have highlighted several dosage roadmaps in our Delta-9-THC oil dosage article.

One of the most common uses of CBD oil is to mitigate pain and anxiety. We have reviewed top-rated CBD oil for pain and anxiety. Lately, many people suffer from social stress, but CBD for social anxiety shows it works amongst those who use it.

If you are lost when determining how many drops of CBD oil for any given milligram dosing amount, you might find our CBD Dosage Calculator helpful.

Please find out more about our partner’s CBD white label program if you want to start your CBD brand.

Success Stories of People with Autism