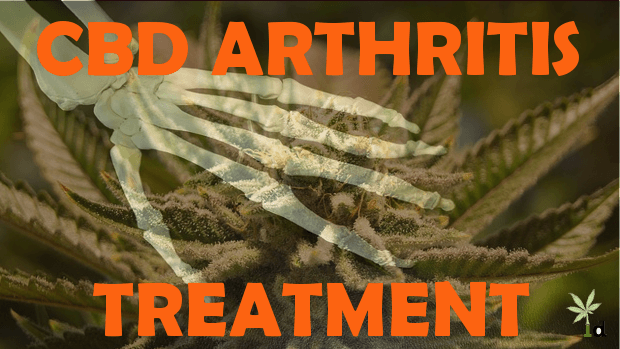 Arthritis is the collective name for over a hundred different types of joint diseases with joint pain and -inflammation as the main symptoms. According to the Arthritis Foundation, it is the most significant cause of disability in the United States.

Many pharmaceuticals for arthritis are ineffective.  In contrast, many anecdotes report CBD as extremely effective.

According to the Arthritis Foundation more than 50 million US adults and 300,000 children have some form of arthritis.

There are two main groups of arthritis:

Almost 23% of overweight and 31% of obese US adults are diagnosed with arthritis according to the CDC (Centers for Disease Control and Prevention).

Improved quality of life with CBD for arthritis

Arthritis is the leading cause of disability in the US. Regular ‘big pharma’ medication proves to be quite ineffective. Nevertheless, there has been disappointingly little research done on CBD’s potential for arthritis. Despite the promising results of a study in 2000 on CBD treatment of rodents with artificially induced arthritis, there is still not enough research to scientifically prove the efficacy of cannabidiol on osteoarthritis.

However, during the last 18 years, several studies have been conducted, all contributing to the increasing evidence that CBD has great potential as a treatment for Arthritis. Even the synthetically produced FDA approved cannabis-based drug Sativex showed substantial improvement in arthritis pain and significantly suppressed disease activity. However, anecdotal evidence suggests that herbal cannabis is much more effective than biochemical forms.

In 2000, a lab study on mice with two forms of collagen-induced-arthritis showed that cannabidiol treatment effectively blocked the progression of the disease, independent of the dosing method (by injection or orally). The study results were very positive and concluded that CBD has a potent anti-arthritic effect due to its immunosuppressive and anti-inflammatory properties.

In 2011, a study on rats clearly showed that atypical cannabinoid receptors are involved in joint nociception (spontaneous firing of joint sensory nerves) and that these targets may be advantageous for the treatment of inflammatory pain.

For over a decade, Dr. Jason McDougall, BSc, Ph.D., and chair of the Scientific Advisory Committee of the Arthritis Society, has researched the role of cannabinoids in the treatment of arthritis.

Dr. McDougall proved that the endocannabinoid receptors CB1 and CB2 are both present in our joints. Further research showed that the increased firing of electrical impulses during painful joint movement was significantly reduced to the level of regular joint movements with cannabis.

The natural endocannabinoids that our body uses to mitigate pain are only produced in our bodies when we have pain or inflammation. These endocannabinoids should accumulate in the painful joint and relieve the pain. Still, in arthritis patients, they do not get a chance to do that because of enzymes that are produced to attack the endocannabinoids.

Dr. McDougall discovered that by using an enzyme blocker, the natural pain mitigation work of the endocannabinoids proceeds with the reduction of pain as a result. Besides, the inflammation is stopped and reduced to the point that it disappears.

According to Dr. McDougall, “Cannabis and the endocannabinoid system could be a very useful way of treating joint inflammation and joint pain”.

What is the best CBD?

iDWeeds tested the best CBD; find the comparisons under Top Rated in the menu:

Dr. Jason McDougall, BSc, Ph.D., presented at the recent (Jan 2018) Windsor Forum on Arthritis (video in the video section of this article: Medical Cannabis and Chronic Disease – 2/9/2018) that his team had discovered new information on osteoarthritis (arthroses). He and his team found that in osteoarthritis, joint nerves themselves can become damaged, which can lead to neuropathic pain.

This is very important because most of the pharmaceutical drugs that are prescribed by doctors to try and treat arthritis do not address this nerve damage. The lab tests of Dr. McDougall showed that CBD (cannabidiol) prevented or repaired these damaged nerve coatings. This is a significant breakthrough for the future treatment of arthritis with CBD.

Dr. Mark Ware, Ph.D. presented at the 2016 Quebec Forum on Arthritis (following Dr. McDougall from minute 22:00 in the above video), some clinical evidence of cannabis effects, referring to the 2005/6 clinical test on 58 arthritis patients. This is the only clinical research on the impact of cannabis concerning arthritis so far.

A 2006 clinical test on 58 arthritis patients, 31 of whom doctors treated with the synthetic cannabis medicine Sativex and 27 with placebos, produced statistically significant improvements in pain on movement, pain at rest, and quality of sleep. For the first-ever test of this kind, these are impressive results. Imagine the results with herbal cannabis or full-spectrum CBD, which are anecdotally more effective than these pharmaceutical clones.

Lisa de Rose from the Netherlands suffered from arthroses (Osteoarthritis) and rheumatism. Still, she didn’t want to take the regular medication that the doctors prescribed her because she read the medicational instructions and understood the terrible side effects. At the age of 82, she started taking cannabis and CBD oil and spent the last six years of her life without pain and in her own home until she died at 88. (see video below with English subtitles, “The story of Lisa de Roos -Because we all die”)

Our experience, including the experiences shared by our readers, is that although everyone is different, the primary dosage determining factor is the severity of the condition. We do, however, get a lot of anecdotal evidence that full-spectrum CBD oil or hemp oil is more effective than 100% CBD oil.

When the hemp oil contains small amounts of other cannabinoids, a supplementing effect is added to the CBD health boost, making it overall more effective. Arthritis dosing is no exception to these basic rules, and based on user experiences, we recommend to start with 50 mg per day for mild cases and with at least 100 mg daily for severe cases.

Generally, you can achieve the best results by dividing the daily dosage in two, for a morning and evening intake. Both with the mild dosing and severe dosing, evaluate the effects of CBD after two or three days and increase by adding 25 mg or 50 mg, respectively, every couple of days until you get the desired results.

CBD has virtually no side effects and cannot be overdosed, even with extreme dosages like 1500 mg per day. For example, it is not uncommon for people who cured themselves of cancer, with a combination of CBD oil dosing and tetrahydrocannabinol dosing, to report that they had taken large amounts of both.

There are many reports of people taking up to 1000 mg a day of THC oil concentrate and as much as 200 or 400 mg of CBD oil daily for three months. Our CBD dosage calculator helps you to determine how many drops of oil you should take based on your milligram dosage and CBD oil potency.

The most common way to consume CBD oil is to put the CBD oil drops under your tongue and let them sit there for about one minute so your body can absorb them. This way, the effects are felt quicker because the CBD doesn’t have to go through your digestive tract.

However, if this is uncomfortable for you or if you don’t like the taste, there are other ways how to take CBD oil. You can also mix it with water or with food. Adding the drops to a teaspoon of honey is one example of taking the oil while avoiding the taste.

The health benefits are just the same, but it will take a little longer for them to take effect.